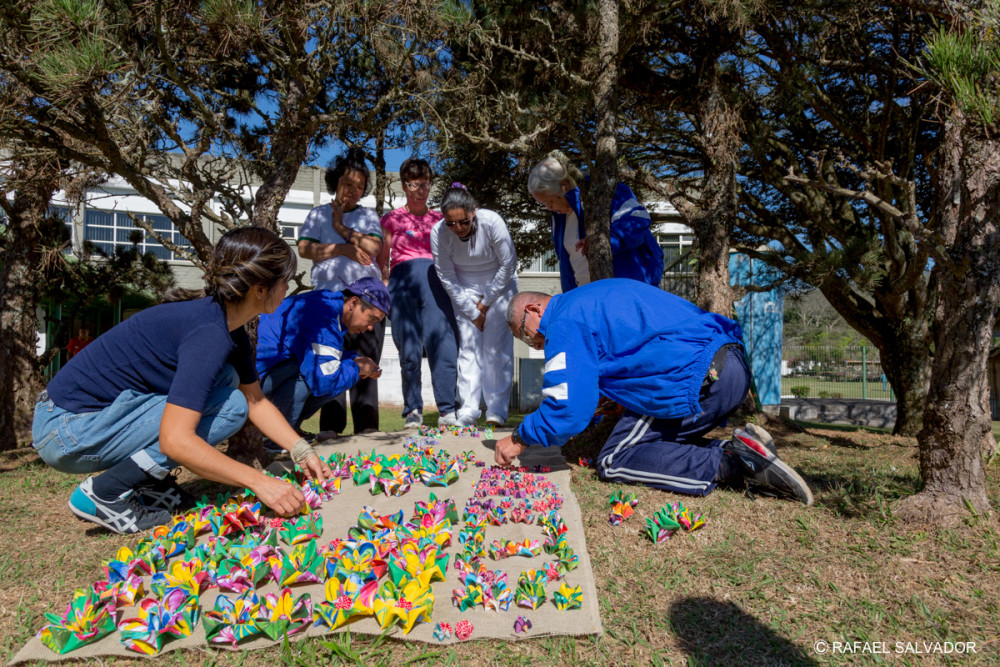 TURN is an art project, supervised by artist Katsuhiko Hibino, to creatively promote meeting opportunities with a diverse array of people and the relationships among them. In fiscal 2016, in addition to TURN in Japan, it is also being held in Rio de Janeiro during the 2016 Rio de Janeiro Olympic and Paralympic Games※.

At “TURN in BRAZIL”, artists based in Japan and Brazil will reside in São Paulo and visit welfare facilities, using traditional crafts as the basis for the Exchange Program conducted over the course of day-to-day interaction with various people of those facilities and people from the local community. As well as exhibiting the arts works produced as result of the Exchange Program at Paço Imperial, we will hold workshops and conferences.

■Outline of “TURN in BRAZIL” 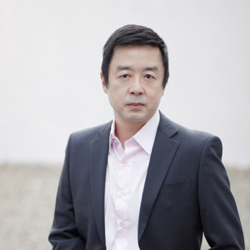 Jum Nakao, the grandson of Japanese immigrants, lives and works in São Paulo. He is an art director and one of the leading Brazilian fashion designers. Nakao is famous for his performance featured at the 2004 Sao Paolo Fashion Week. It ended with the models tearing precious paper clothes from their bodies, impressing the international press. At the London Olympics 2012 Closing Ceremonies, Nakao was the designer of the Brazilian Ceremony Presentation. Commissioned by the Hollywood Academy of Motion Picture Arts and Sciences, Jum Nakao has also created an incredible installation inspired by Sofia Coppola’s “Marie Antoinette” in 2015.
www.jumnakao.com 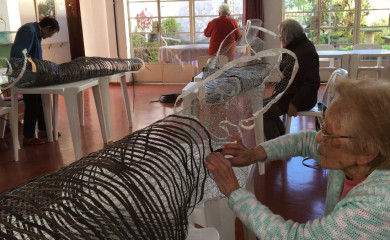 Jum Nakao (Artist/Brazil) ×Assistência Social Dom José Gaspar “Ikoi-no-Sono”×Basketry
For this project, he visited numerous times a Japanese welfare facility named “Ikoi-no-Sono” (garden of rest) in the city of Guarulhos, adjacent to São Paulo, which is the oldest nursing home for the aged. It’s. He listened to the childhood stories of the residents, and created works with them applying traditional techniques of Brazilian basketry, called “Cestaria”. 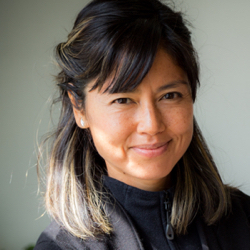 Tati Polo is a textile artist and architect. After working in a silk painting studio she became more interested in exploring and searching for hand painting and dying techniques. In 1998 she began to partner with fashion designers, design shops as well as participate in design and contemporary craft exhibitions and fairs. In 2001 Tati travelled to Japan as a trainee of Kaga Yuzen Zome (traditional kimono painting technique) to study with a renowned master, where she also had the opportunity to start learning about other textile arts such as Shibori and Natural Dyeing. Her creations carry the memories of the rich cultural traditions of Brazil and her parent’s land (Japan and Bolivia). These expressions can be recognized by the harmony between patterns, colors and textures. From 2010, parallel to her architecture works, she has been providing Shibori and Natural Dyeing workshops. 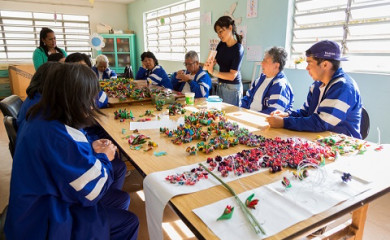 Tati Polo (Artist/Brazil) ×Associação Pró-Excepcionais Kodomo-no-Sono×Edo Tsumami
For this project, she spent a month in Tokyo in order to absorb the spirit and the skill of the traditional craft Edo Tsumami (ornamentation made of silk cloth) which has been passed down since the Edo period. Then she visited numerous times a facility for the people with special needs in São Paulo, and created Edo Tsumami works with the residents while getting involved in their daily lives. 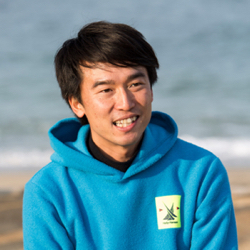 Born in 1978 in Chiba Prefecture, Yasuaki Igarashi graduated from Tokyo University of the Arts Graduate School with a Master’s Degree in 2005. With the help and cooperation of other people, he tried to make changes to the scenery in many places by adopting and connecting its culture and beauty to the land of that certain place. So far his projects include sailing to Micronesia from Japan by yacht (a distance of about 4000km) in 2005, as well as voyaging about 970km along the Sea of Japan coast in 2012. These experiences formed the basis of Igarashi’s “Perspectives from the Sea.” “Kusukaki,” an art project started in 2010, takes place in a forest of camphor in Dazaifu Tenmangu Shrine (Fukuoka Prefecture) and aims to follow a thousand years of time passage. “Sora-ami” catches sky, fishing, and braided land sceneries along with fishermen (displayed at Setouchi Triennale 2013 – 2016). Another art project, based in a closed school at the top of the sea located in Tsunagi-cho, Kumamoto Prefecture, was incorporated by the planning and management of “Akasaki Wednesday Post office” (2013-2016).
http://igayasu.com 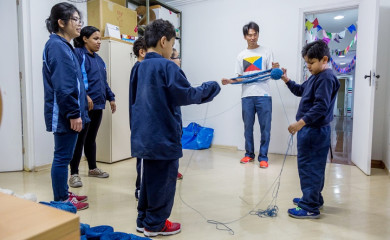 Yasuaki Igarashi (Artist/Japan)×Projeto de Integração Pró-Autista (PIPA)×Edo Kumihimo
For this project, he studied under a craftsman of Edo Kumihimo (braded cords), which has been passed down from as long ago as the Jomon period, and presently used mainly as obijime (sash band). In São Paulo he stayed at a medical treatment center for children with Autistic Spectrum Disorder, and through the process of creating Edo Kumihimo with them, he deepened the relationships with the local children. The threads used at this program have also been dyed by people at Atelier La Mano which is the main facility of his TURN project activities in Japan. 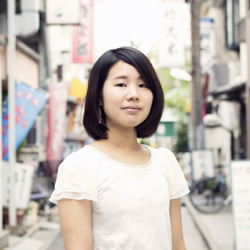 Born in 1990 in Tokushima Prefecture, Sachie Takiguchi graduated from Kagawa University Faculty of Law, Law Department of social designing course in 2013. While she was a student, she joined in the university’s Public Interest Incorporated Association called Second Hand which led her to visit Cambodia’s fair trade development activities. Sachie gave academic assistance to those students living in slums by doing product sales and awareness-raising activities (during the 2011 fiscal year, she was also the student representative). After working at an advertising agency, Sachie held workshops and cultural exchange events in Sumida City, Tokyo. At the Sumida River Mono-Koto Market, she was in charge of volunteer coordination. In 2014, while working at a coffee shop Higashimukojima, she met the artist EAT&ART TARO, thereafter serving as his assistant on multiple projects.
(Project participation: The Echigo-Tsumari Art Triennale 2015, artwork “The cucumber show”, Shokutsu (gourmet)-Food correspondence- (Art NPO Himming), TURN-Project “Yuhan (Dinner) Concierge”, etc.) 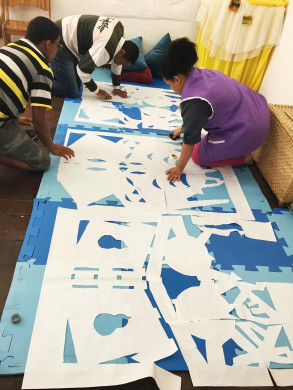 Sachie Takiguchi(Workshop facilitator/Japan)×Associação Comunitária Monte Azul ×Tohoku Paper Cut-out Decorations “Kiriko”
In order for her to learn Tohoku Paper Cut-out Decorations “Kiriko”, she spent a month in Minamisanriku Town in Miyagi Prefecture. While studying and researching “Kiriko”, she also held workshops with schools and people in Minamisanriku Town and Kesennuma City. These works created in the workshops will be exhibited in Rio de Janeiro. She also stayed at a welfare facility in a suburb of São Paulo, and conducted “Kiriko” workshops with the children of the facility and people from the local community. 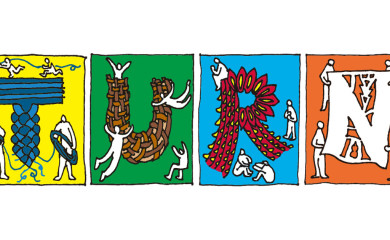 Following the productive time in Brazil, project members are holding a TURN in BRAZIL debriefing.